I’m a really big fan of Life Is Strange, for me one of the best things about it was it’s tight, standalone story that was exceptionally well told, and I feel was fully explored. So when I heard there was going to be a prequel I was worried, I felt like we knew all we needed to about Chloe, especially with concerns to her relationship with the legendary Rachel Amber. So, with this, and the fact that a completely different developer would be working on Before the Storm I wasn’t too confident. Don’t get me wrong, my hopes for this mini series is that it will exceed my expectations but only time will tell if it can do this.

In Before the Storm you play as Chloe Price, a rebellious, angry and lonely 16-year-old in the familiar setting of Arcadia Bay, Oregon. Chloe is drifting through life, still struggling to get over the death of her father and feeling abandoned by her once best friend Max; she’s looking for some kind of connection, whether she knows it or not. So when the ever popular Rachel Amber suddenly takes an interest in her, it’s easy to understand her need to latch on. 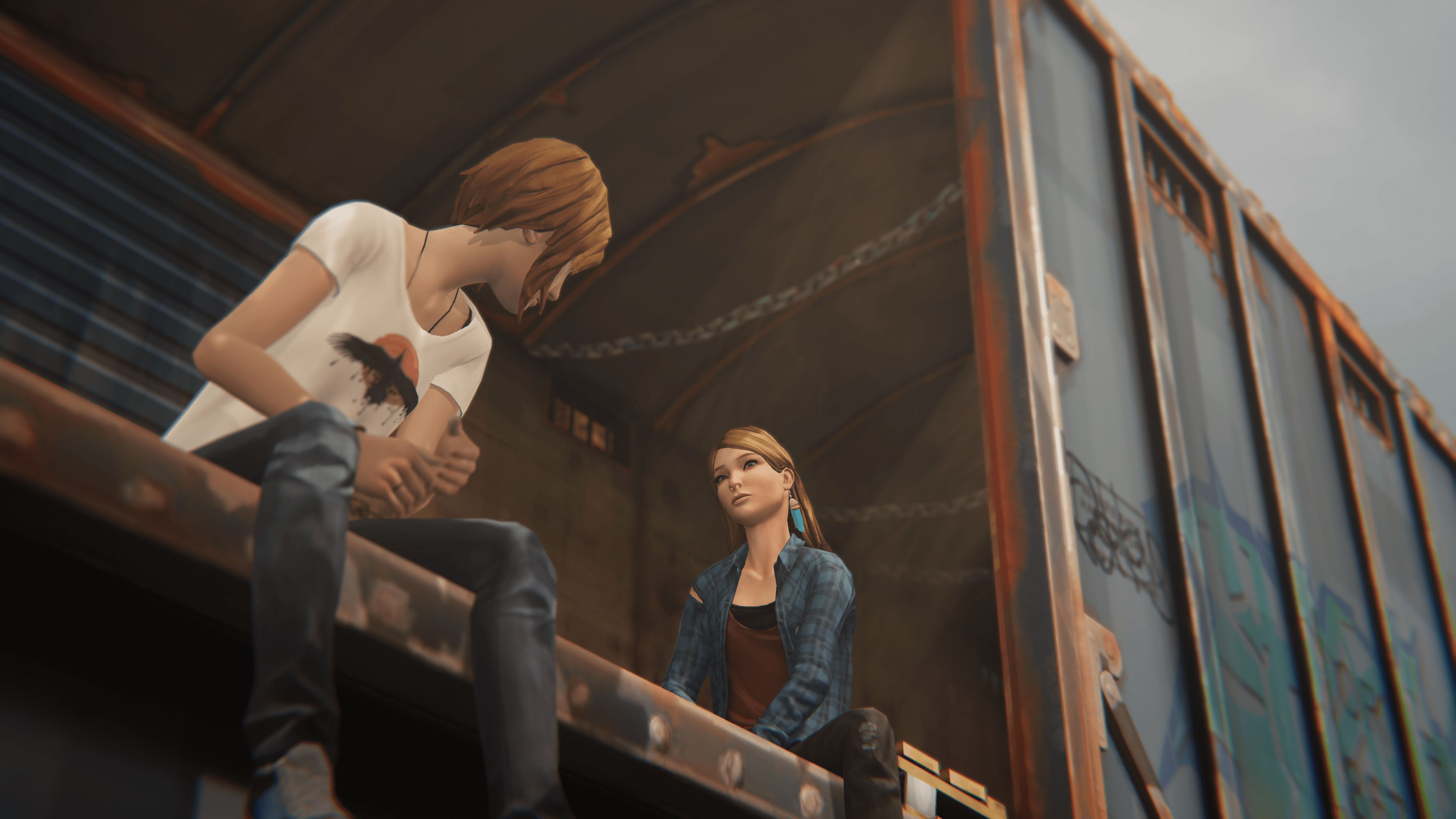 Before the Storm is obviously very familiar in many ways, both its well-toned setting and its perfectly melancholy soundtrack. Gameplay, though following a lot of the same rules as the first game, thankfully has a few tweaks to better suit Chloe as a character. It goes without saying the time travel of the first game is completely removed but in its place is the rather cool “back talk” feature which uses dialog options to essentially let you smart-ass your way out of dodgy situations; This a really smart addition to the game as it stops it from feeling like a lazy add on to the Life Is Strange story. In fact, what Before the storm seems to be doing best is putting you completely in the mind of Chloe, it doesn’t feel weird to play as her like I expected it would, you really do get the sense of stepping into her shoes. Right from the get go I felt encouraged to play Chloe so differently to how I played Max; I was being rude, stealing stuff and not taking any crap!

Unfortunately,  Before the Storm does have it’s issues, possibly the most trivial of which is the changes in voice actors. Many of the major roles don’t have the original actors returning to reprise their characters, including Chloe herself. I’m aware this is due to strikes and is out of the developer’s control, but I’d be lying if I said it had no effect on the game. Though Chloe’s replacement isn’t bad, other replacements are, the most notable being Chloe’s step dad David, whose voice immediately felt weird and unnatural even before I knew he’d been replaced. Sadly though my main issue with this first episode is the story, without going into spoilers I must say the friendship that grows between Rachel and Chloe feels very rushed. The episode, which seems to take place over just one day, has the two girls acting like they have been friends for months by the end of it. This, coupled with an as yet unexplained supernatural element left me feeling not fully on board as the episode came to an end.

Overall I don’t think this was a bad start, though it has its low points, I definitely had a good time playing. Whether this is due to my delight at being back in the world of Life Is Strange or the actual merit of this prequel is still yet to be seen. I look forward to playing the next episode but am still a little wary of what Before the Storm has in store for me.

What is… Curse of Annabelle